Thrifting Your Way to Financial Security 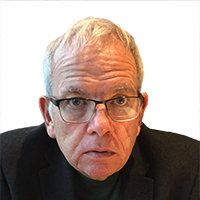 On my wife’s suggestion, I shopped at Aldi the other day. The prices were as amazingly great as she predicted. We’re talking half off of our local high-end grocery and 25% off mainstream stores like Kroger.

Six months ago, I would not have noticed because, guy-like, I never looked at prices. These days I don’t set foot in a store without my reading glasses

We are not alone. Bargain hunting is all the rage. Aldi was packed. Susan pointed out to me that sales at The RealReal, which sells used luxury items, are booming. (The stock hasn’t noticed yet, so maybe you should notice the stock) The Wall Street Journal says even mainstream retailers are responding to inflation by cutting prices on selected items—from canned tuna to entry-level furniture—to keep their suffering customer base loyal even at a loss.

All my life I have spent too much money too carelessly. The more I made the more prodigal I became. At age 65, I am finally learning thrift. And what’s good for me is good for the country.

I know what you are going to say because I said it for a long time. “How is that on us? Prices keep going up, what else can we do?” Or “my parents (maybe grandparents now) raised a family on one income. We barely get by on two incomes. What happened to the American Dream?”

I feel your pain, But the data doesn’t support our feelings. What the data does show, according to Superabundance, the new book by Gale Pooley and Marion is a path to financial independence for Americans. Superabundance shows that Americans today are much better off than their parents or grandparents. If we don’t take advantage of that, it is on us.

Hold your outrage till I finish. Pooley and Tupy exhaustively document over 200 years and around the globe, the dramatic decline in the only price that really matters, the “Time Price.” Time Price is the price in a worker’s time it costs to purchase an item. Time prices are figured by dividing nominal money prices by average nominal wages. That yields a time price in hours and minutes.

One of the authors’ favorite examples—which George Gilder likes to quote—is Thanksgiving dinner. In the 35 years from 1986 through 2021, using standard inflation adjustments, the price of a standard Thanksgiving dinner (16-pound turkey and all the fixings, fillings, vegetables, drinks, and deserts) appears to have remained flat—despite trillions invested in farm technology and machinery.

Measured, however, by the time it takes us to earn that dinner it is much cheaper for us than for our parents. By that measure, the price of a Thanksgiving dinner since 1986 has dropped 29.7 percent for unskilled workers and 31.5 percent for blue-collar workers.

For the individual real-life worker, the news is even better. Over a few years, unskilled workers typically rise to the blue-collar status enjoyed by veteran workers. For an unskilled worker who ascended to blue-collar status over those 35 years a Thanksgiving dinner that cost 32.9 minutes to earn in 1986 cost only 9.2 minutes in 2021. The price has dropped more than 70 percent.

Going back to 1850, Pooley and Tupy demonstrate that this phenomenon applies across the entire economy and the entire globe. What it took our parents days of labor to buy takes us hours, where they spent hours we spend minutes.

Moreover, the decline in time prices disproportionately favors poor people and poor countries. As the authors show, the time price to acquire rice as food for a day in India has dropped from about seven hours in 1960 to under an hour today. Meanwhile, the time price of a comparable supply of wheat in Indiana has dropped from an hour to 7.5 minutes. The impoverished Indian has gained six hours and two minutes to do other things—like make money--while the buyer of Indiana wheat gained only some 52 minutes.

We don’t always see the fall in time prices if we compare what’s on offer now to what was on offer a few decades ago. Bill Bonner has pointed out that the time price of Ford’s most popular truck, the F150, has risen a fair bit over the decades. That’s true. But the current model packs more power, uses less gas, is safer and more comfortable, and will keep going for at least twice as many lifetime miles as the old one. The total time price of ownership over the useful life of the truck has dropped a lot.

Pink Carnation and a…

That Ford 150 actually shows how all of us can all build our wealth by keeping time prices top of mind. We may experience ourselves as financially distressed if, for instance, we don’t take advantage of our cars lasting for twice as many miles as they used to. Keep the car longer, get richer.

A clearer example is food, where we so often trade time against money. Chili made from canned beans appears to be an economical choice for dinner. But using dried beans you can do it for one-sixth of the cost. Is the effort worth it?

To find out I hit the home lab. I rinsed some beans and put them to soak overnight (3 minutes). The next day I drained them and set them in a pot to boil (2 minutes). After they came to a boil (60 scattered seconds looking up from my work) I reduced the heat to simmer, covered them, set a timer (2 minutes) and went back to what I loosely describe as work—e.g. writing this newsletter. The timer went off. I stopped typing for 30 seconds to turn off the beans, ready to be made into chili. (By Susan, not me. Her chili is an object of lust.)

Boiling my own beans took less than eight minutes and only five minutes more than opening the equivalent of six cans, rinsing, and draining. Most Americans would come out ahead on the deal.

Long story short: Time prices show we have so much money compared to our needs that just a bit of thrift could make most of us financially secure.

Years ago, I edited a book by Mark Skousen called Investing in One Lesson. In the crucial chapter, “Ten Percent of All You Make is Yours to Keep”, Mark explained that if American families saved just 10 percent of their income to invest in the U.S. stock market most of us would soon nearly pile up enough money to deal with almost any crisis and retire comfortably with Social Security being merely a modest supplement.

Now that I am finally supporting Susan on thrift, we expect to cut our spending by a lot more than ten percent. And since inflation will very likely be transitory, almost all that savings will hit the bottom line.

Thank you, clueless Dems, lazy Republicans, and terrible tyrants for waking us up!

There is some reason that Sam-Bankman-Fried is already off the front pages. His only further use might be to join the regulators in the effort to create a CBDC.

What a world: loan defaults amid inflation and falling financials! No one is prepared for what this reality could mean for American life.

The Cleansing Fire Is Here

Is FTX the Lehman of Our Time?

We could look back at the spectacular crash of FTX as the beginning of a new era.