Variant Panic and the Coronavirus

Below you will find the latest from William Briggs. Keep scrolling to read his thoughts…

This is the paper that caused Taleb to go into a closet and cower. He has been a shivering leaf since the beginning of this, barking at those not as frightened as he.

The latest panic is about “variants.” Would the vaccines work against these new horrors!?

To those who have never read about viruses before, when mutations were inevitably discovered for the coronadoom, they came as a shock, and became a reason to keep punishing and useless “solutions” in place. So that they can feel safe.

This is the AstraZeneca vaccine, and B.1.351 is the South African variant.

The paper tells us this vaccine doesn’t do well against this variant. Which set off Taleb and other fearful. Yet here is an explanation why the paper is good news.

Just over 2,000 HIV-free people in South Africa were given the vaccine or placebo.

First good news: “there were no cases of severe disease or hospitalization in either group” three weeks after the second dose. “No” as in none, nada, zippo. As in nobody had it worse than a cold.

Second good news: The infection rate is thus only about 3%.

First good news repeated: The mortality rate in this group was 0%. Hospitalization rate was 0%.

It’s true the vaccine did very little to nothing to protect against mild infection. Of the 42 who got the doom, 39 had the SA variant. Yet we immediately see that the SA variant is not that deadly. At least, it wasn’t in this group.

We also see that the vaccine efficiency is non-existent in this group. Which is good but not conclusive evidence it cannot protect against the mild SA variant. To be conclusive we’d need to do the same study in folks without the SA variant.

Recall that I said months ago the real-life efficacy of the vaccines would be lower than reported in their clinical trials. Because this always happens for drug companies one their creations are in the general public.

Third good news: low adverse events. Interruption But see this: AstraZeneca may have used outdated info in the vaccine trial.

Two tables of adverse events are given in the supplementary appendix. Mild adverse events were just about equal in the vaccine and placebo group. Major were about the same, with vaccines being a tad higher. E.g. Gastrointestinal disorders: 2 placebo, 4 vaccine. Injuries: same. Nothing terrible in either group.

As predicted by the non-fearful, this variant is milder than the original. Which often happens. True, the vaccine didn’t protect, but then it didn’t need to, since nobody got seriously sick.

Again, this means we should not use the metric “cases” to panic ourselves. “Cases” are only positive tests and are not a measure of illness!

England has been leading the way in expertology. First we had the serially wrong, but never fired, Neil Ferguson and his forecast of 56,000 people dying per day of the coronadoom. Then we had their leaders believe the models, because those models were made by experts.

The models promised lockdowns and mask mandates would work, which of course they did, since they assumed these things. All models only say what they’re told to say. But England’s boss got the box, and it turned him into a shivering blob of jelly, unable to comb his hair or see a path to freedom.

Now we have even more experts with credentials in expertology saying “masks and social distancing rules could stay in place for several years until the world returns to normality”.

This is from a “leading epidemiologist”. Why is she “leading”? Because she tells the government what it wants to hear, and it wants to hear it can’t allow its citizens liberty.

It’s the leaders and easily frightened doing this. Some people rebelled. There were massive lockdown protests this past wee — in the UK and elsewhere. The police bravely responded by arresting many.

My favorite example of tyranny from that article: “The Metropolitan Police Service said it had made 36 arrests, most for breaching months-old virus regulations that outlaw leaving home except for a limited number of reasons.”

House arrest. “[E]xcept for a limited number of reasons.”

Lockdowns spread disease more effectively, which is why the UK has done so poorly. But they refuse to abandon their experts. 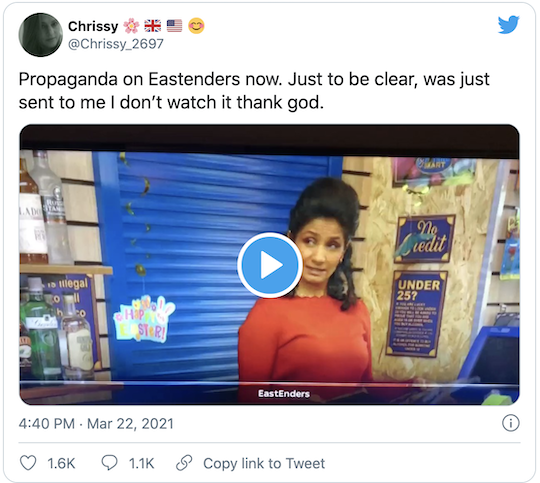 Remember how Texas allowing liberty was boldly predicted by experts to have doomed the state? Didn’t happen. Left column, lockdowns and mask mandates. Right column, liberty. The NY spike was the government “solution” of moving sick people into nursing homes. 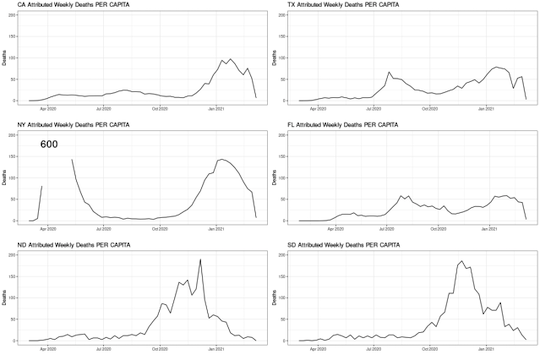 There is no evidence anywhere — outside theoretical models — that lockdowns and mask mandates work. There is plenty of observational evidence they do great harm.

Below we’ll see that weekly all-cause deaths are dropping faster than women soldiers in battle. Nothing but good news everywhere — except from governments, that is.

Time Price Theory Across All Domains of Economics

The consequences of this approach are revolutionary…

A guest shares his thoughts...